The Texas border with Mexico is the largest of any state’s and sees a commensurate number of illegal northbound crossings.

The state of Texas is by no means under blanket coverage, its expanses are simply too vast, but it does host an extensive multilayered network of surveillance and security infrastructure, and local law enforcement conducts multiple ongoing operations with federal and DoD partners for surveillance, interdiction, and border enforcement.


Operation Stonegarden, which funds border security initiatives in all US states with international borders 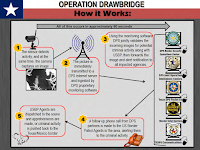 All the operations result in the generation of massive amounts of paperwork, some of which is sensitive in nature yet still uploaded to municipal websites.

There are literally dozens and dozens of "Operation____" in Texas, and it takes a while for this to get old. 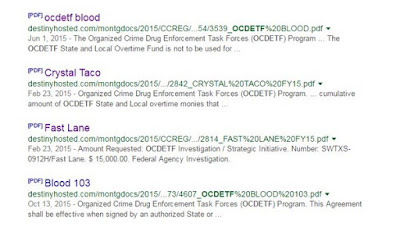 There are multiple domains that host council minutes and other public records, usually under subdomains for each jurisdiction, so it is possible to search dozens of cities’ records at once with one Google search without any unwanted PDF detritus.

Were I you and I wanted to know if my local PD participated in Stonegarden, I'd use a Google search like this https://t.co/lBqPc7Lp2i
— Kenneth Lipp (@kennethlipp) February 22, 2017

Carlos Cascos was Texas Secretary of State until December, when he stepped down, and returned to Brownsville, where he had been a county judge. As a Cameron County judge, Cascos oversaw the implementation of the AT&T Hemisphere metadata surveillance operation (back when it was called "Hudson Hawk").

El Paso County seems to be a prime culprit when it comes to uploading law enforcement sensitive documentation, but Webb County, Travis County, Harris, and more all host plenty of informative records on their respective domains.

The El Paso Sheriff's Department even uploaded a full border task force narrative that mentioned the use of Hemisphere.

For El Paso, there are several domains, but most documents of interest I've found are on site:epcounty.com.

Folks, it's either time for some game theory or my brownies are done, forgot why I set the alarm. Srsly: OSINT, Google Earth is essential pic.twitter.com/oup33Dm8UZ
— Kenneth Lipp (@kennethlipp) February 23, 2017

Getting you started with Operation Drawbridge, I'll be diving in more later, but I want to see some homework.